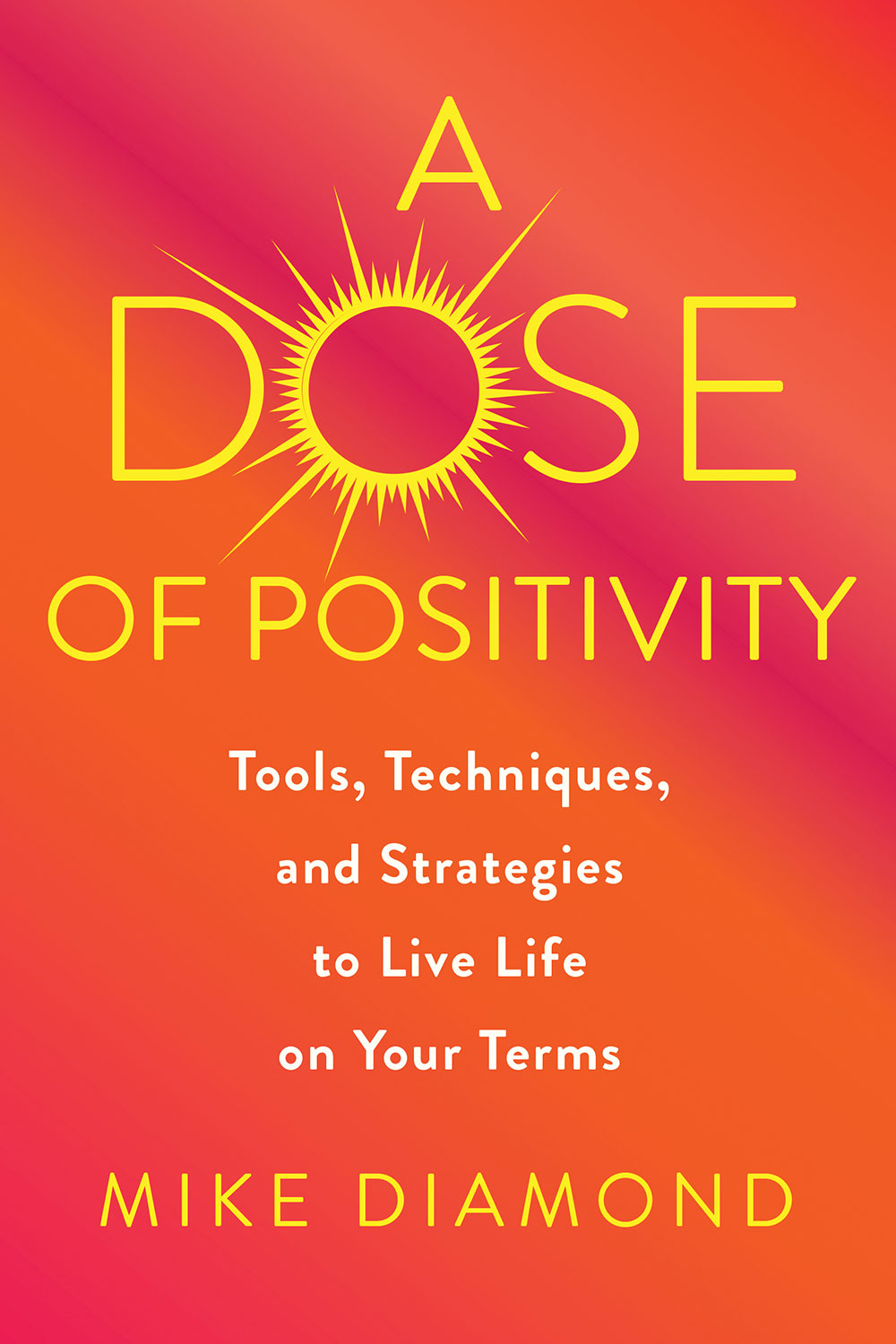 A Dose of Positivity

TOOLS, TECHNIQUES, AND STRATEGIES TO LIVE LIFE ON YOUR TERMS

In Dose of Positivity, life coach and television personality Mike Diamond explains his tried-and-true methods for empowerment and offers tools and stories to help you find your purpose and create your ideal future.

Mike Diamond got off to a bit of a rough start in life—battling undiagnosed dyslexia, starting to use drugs and alcohol at age 12, and struggling to finish high school. A stroke of luck, however, earned him a green card in 1997, and he moved to the States, where he landed acting roles and built a career in entertainment, appearing on Miami Ink and NY Ink, and later directing, producing, and starring in Bondi Ink Tattoo Crew. Despite this initial stream of success, however, Mike found himself spiritually bankrupt and thoroughly miserable.

In 2006, realizing his life depended on it, Mike decided to get sober and, with his life completely turned around, has now helped hundreds of people on their own paths to recovery.

In Dose of Positivity, Mike shares not only his own incredible stories of overcoming hardship, but also reveals his personally tested techniques for staying grounded, finding success, and creating positive change. Dose of Positivity provides concrete tips on how to lean on and trust your Source—the spiritual energy and intuition within you—to maintain the flexible attitude necessary for your success.

No matter what obstacles you face, a properly cultivated mindset can make all the difference. With Dose of Positivity, unlock your potential and discover how to make your dreams a reality—with guidance from someone who’s personally tested everything he recommends.

Mike Diamond is an author, television personality, director, life coach, and interventionist. He is best known for his work on the hit TV shows NY Ink and Bondi Ink Tattoo Crew, which is currently nominated for a Logie Award for Best Reality Series. After winning a green card in 1997, Mike moved from Australia to the US where he found work on various television projects. He eventually found himself properly introduced to the world of tattooing when he made an appearence on Miami Ink. To the outside world, Mike looked like he was living the dream but, on the inside, Mike was spiritually bankrupt and miserable. He realized that if he didn’t turn his life around, he was going to die. April 16, 2006 was the day Mike Diamond got sober. Since then, Mike has literally helped hundreds of people on the road to recovery. He is on beck and call to all his clients and friends, helping them through their life problems and battles with addiction.